As I have mentioned before, I like to collect Kit Kats from different regions in Japan. It started out innocently, but has sort of developed into an obsessive and nerdy hobby. I'm not even living in Japan at the moment, but I still occasionally check the Nestle Japan website for Kit Kat updates. FYI, there's a new thing where you can order custom-made Kit Kat packaging, complete with your own photo and message. How bloody cool is that? I'll have my face on a Kit Kat wrapper, thanks.

On my recent visit, I was able to tick off several items on my Kit Kat bucket list. First, I came across the special edition Tohoku region Kit Kat in a souvenir shop at Aizu Tajima station in Fukushima. This was a Zunda-fumi, or Edamame Soybean flavoured Kit Kat. It was created by Nestle to support Tohoku after the earthquake, and 10 yen of each chocolate bar sold went to the relief fund. 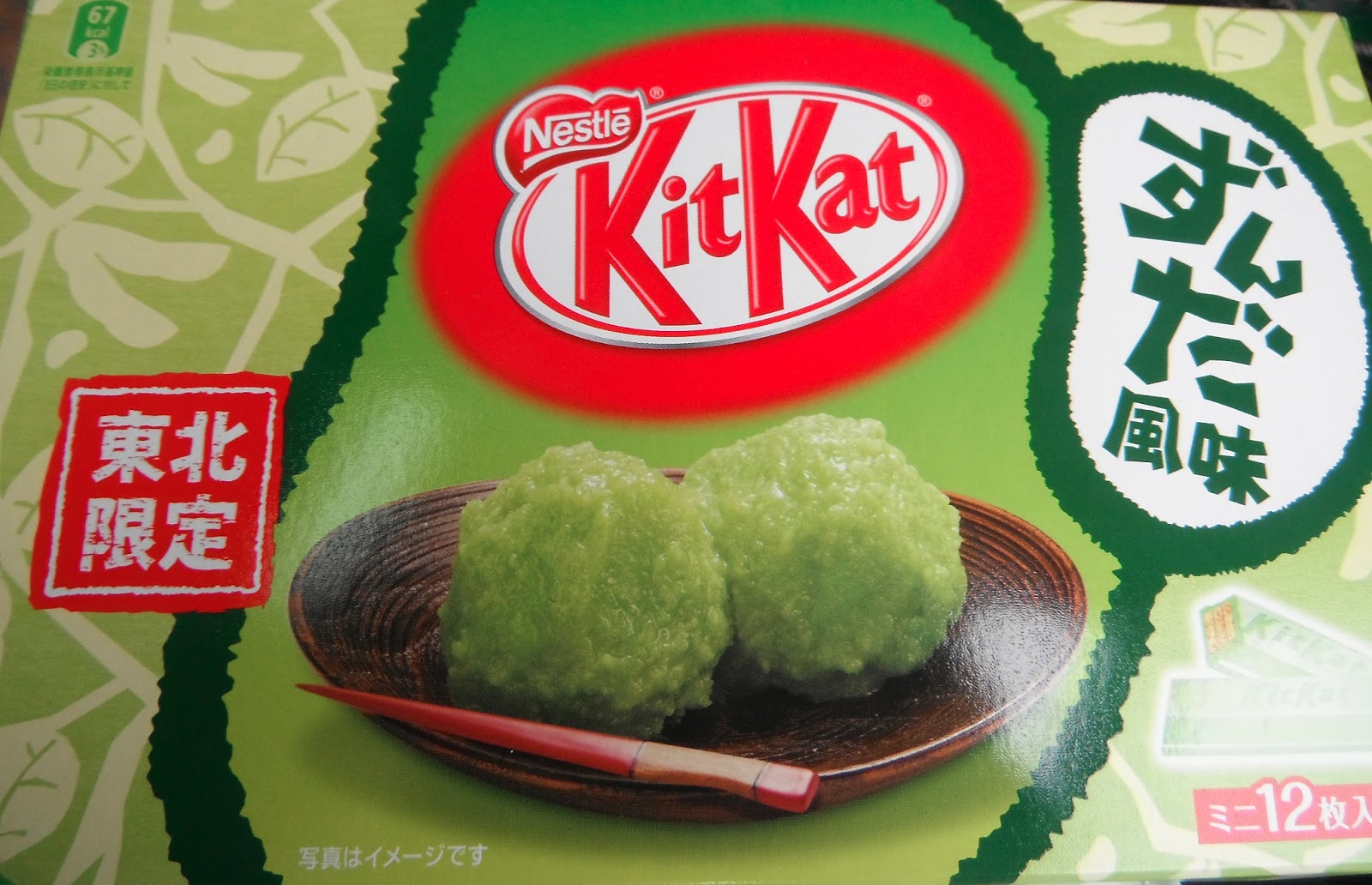 A few days later we were riding the Tokaido Shinkansen line to get to Nagoya. At Nagoya Station, I picked up a cool box of Kit Kats designed to represent the four major stations on the Tokaido line: Shin-Osaka, Tokyo, Kyoto and Nagoya. Each individual chocolate bar even has a little picture of the different types of bullet trains! Although the flavour of this variety is a simple milk chocolate, I like to imagine people buying these so they can eat a Kit Kat at each stop on the line. At least, that's what I would do. 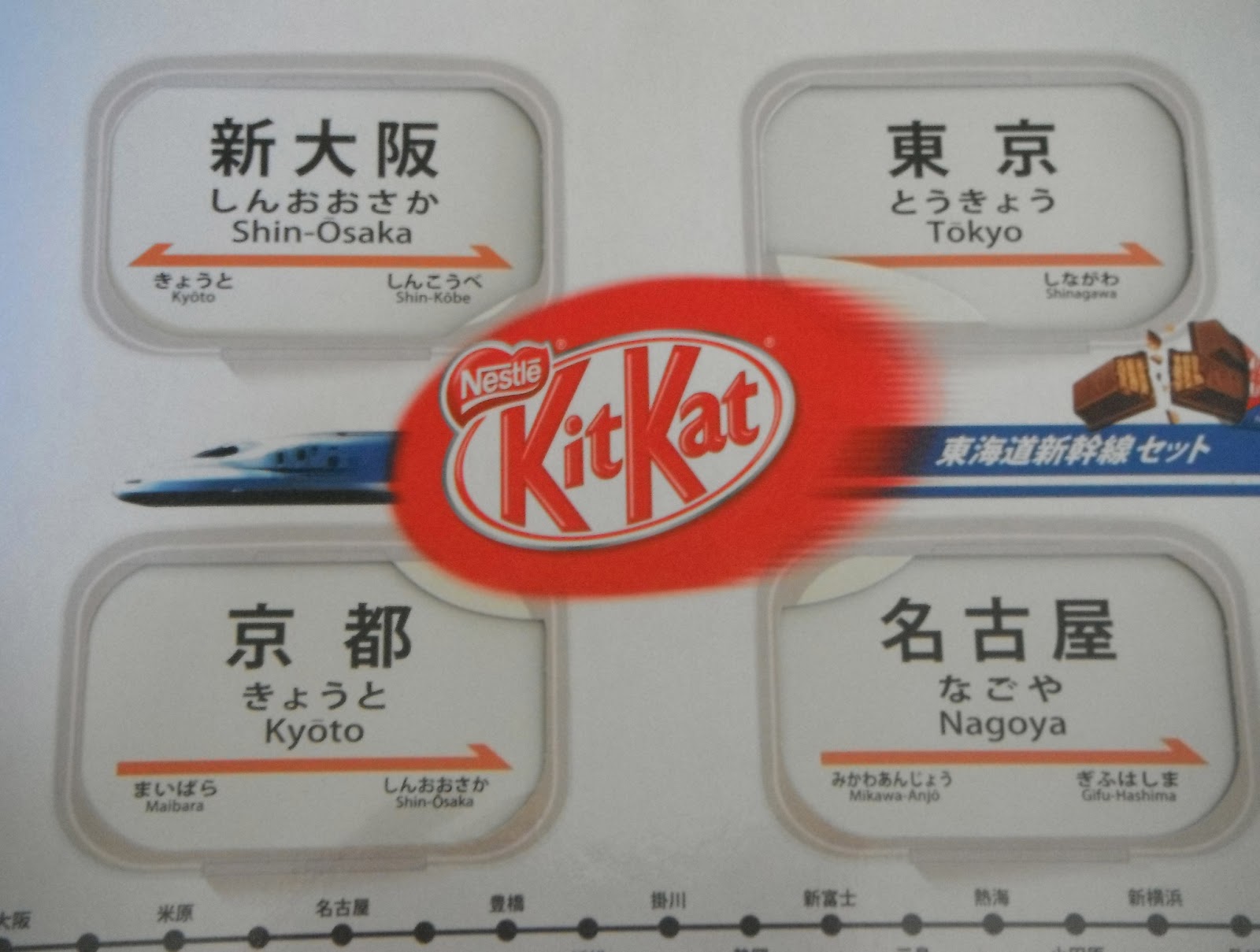 To my immense excitement, in a souvenir store at a shopping mall in Odaiba, Tokyo, was a whole stand of Kit Kats. Although I had found many notorious flavours on my last trip to Japan, there was one that I had missed out on - the crowning glory of Japanese Kit Kats: Wasabi. And it was here. The Shizuoka-Kanto regional edition, Tamaruya-Honten Wasabi. I laughed like a maniac and purchased it immediately, knowing it was destined for some poor, unsuspecting victim's Christmas stocking. 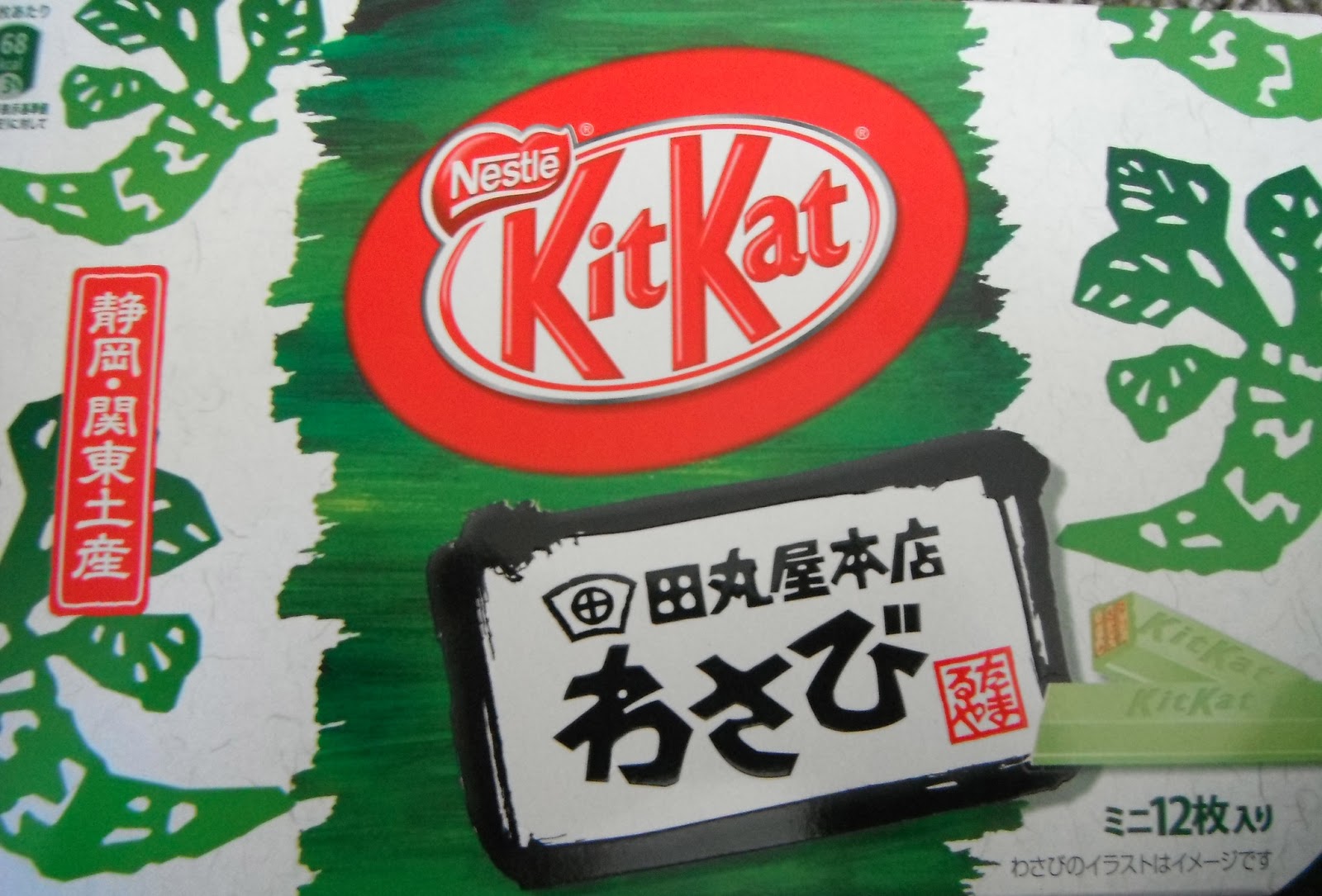 All too soon, the trip came to an end, and I found myself at Narita Airport, with 800 yen to my name. In what is becoming a slightly embarrassing tradition on each of my Japan trips, I ended up spending my very last yen on a box of Tokyo Rum and Raisin flavoured Kit Kats. Because I'm classy like that. 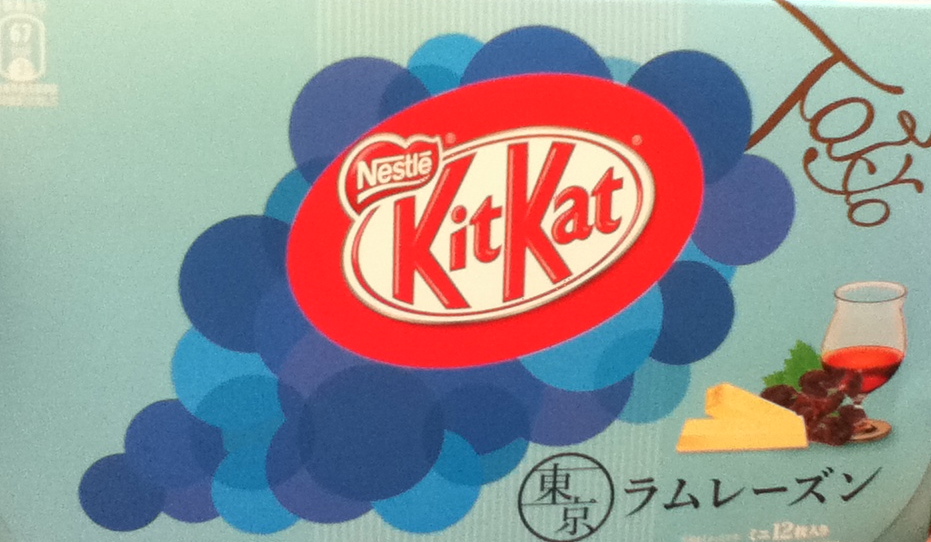